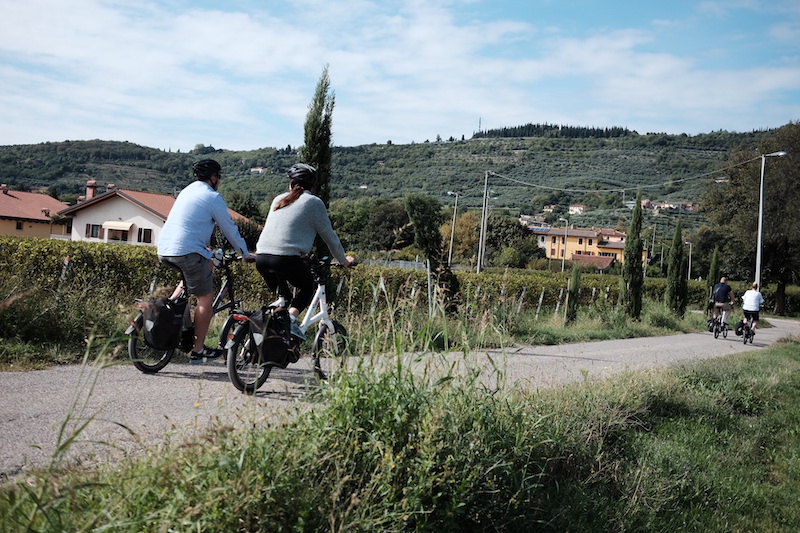 Posted by Editor Itinera Bike on 2 May 2022 | Featured

Valpolicella is a land to discover, taste and experience slowly, by bike, just a half an hour from Verona! Led by our expert bike tour guides, you will be surrounded by terrific sights, breathtaking jewels and hidden gems. Read our ultimate guide about the Valpolicella region. 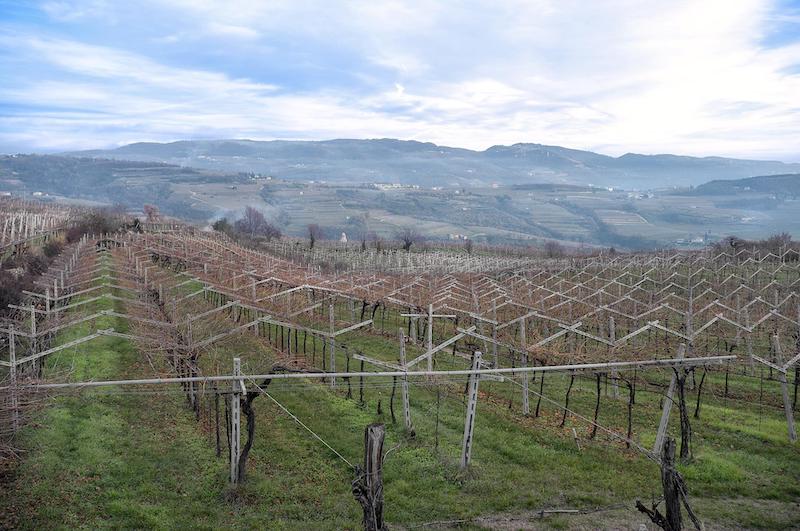 Valpolicella is made up of the hills and valleys in the north of the city of Verona in the Veneto region of Italy. It extends from the valley of the Adige River on its western side to the volcanic territories of the Soave production area to the east. Valpolicella is an area of controlled designation of origin (DOC – DOCG) for its centuries-old wine-making production. What does it mean? According to the law, only wines produced within established boundaries, according to strict production regulations, can bear the name Valpolicella on the label.

There are 3 sub-areas in Valpolicella that can appear in the label:

Valpolicella is the denomination of 4 wine varieties: Valpolicella Superiore, Ripasso, Amarone and Recioto.

While riding, you’ll pass by stunning sights such as hamlets and historical villas!

San Giorgio di Valpolicella stands at the foot of Mount Solane, and it is perched on a hillrock: it offers an enchanting view that embraces Lake Garda to Verona, from Valpolicella to the Po Valley. There is no boundary between inhabited area and nature, it’s a real natural fortress that can be reached only after a walk, although it appears, at first glance, very close.

The presence of olive trees and vineyards leads to the production of extra virgin olive oil and DOC and DOCG wines of the Valpolicella denomination: Amarone and Recioto, Valpolicella, Valpolicella Superiore and Ripasso; if you happen to be here in summer, sip an excellent glass together with the delicious freshly picked cherries.

Places to see and things to do in the village:

Villa della Torre in Valpolicella is a masterpiece of Italian Renaissance architecture and was built in the 16th century based on the reinterpretation of an ancient Roman Domus. Its inner halls hide chimneys made of sculptures depicting gigantic sea monsters, demons, lions and that, together with the artificial cave.

All these elements conceal a symbolism linked to intriguing initiation rites. Today the residence is owned by Allegrini winery and it is completely surrounded by vineyards: after a long period of inactivity it was restored and opened to the public. The villa is surrounded by vineyards used to produce the famous Palazzo della Torre wine.

| You may also like: Food and wine tours in Italy – 5 best farm to table and vine to glass experiences |

Our experienced tour guides will lead travelers through the most stunning highlights, the most hidden gems and the most incredible nature landscapes in Valpolicella!