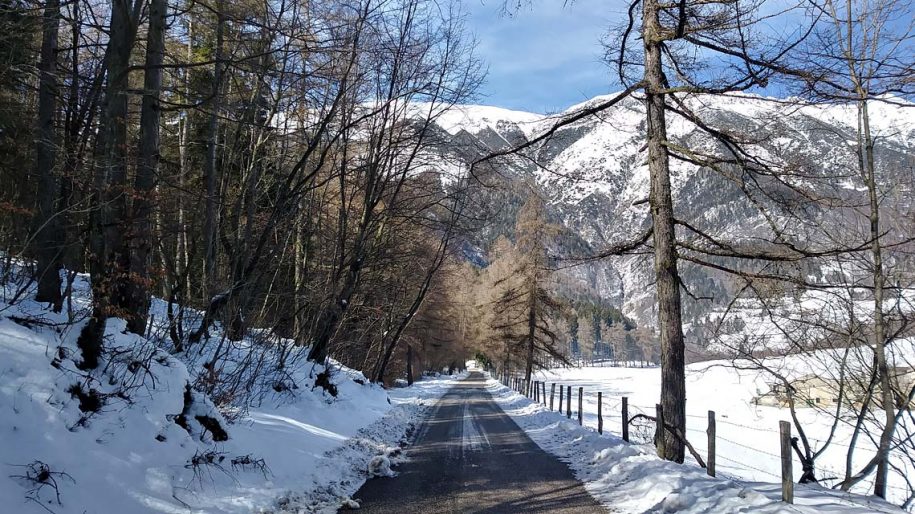 In the silence, by your self, toward the top, where the fog does not arrive

Who says that winter time is too cold for cycling? A pair of gloves, thermal trousers and a good jacket are what you need in order to enjoy a good bike ride even with the snow.

And this winter we had a lot of snow in Verona: not just on the mountains, but also on Valpolicella and Soave hills, in the plains around the city, even in the city centre! Cycling while surrounded by the snow is a great experience: there are no sounds, the only noises you hear are the sounds from the bike wheels and from the own tired breath while riding up, and everything around is colored with white, pure and still. And nobody is around!

Cycling on the hills gives you unusual sights over white vineyards and the infinite white plains, but cycling on the mountains is the best. Among my winter bike tours, the one on Monte Baldo was the most surprising: the fog enveloped the sad plain, but riding up to the mountain the sun started to shine again. The snow was all around me and I had the sensation of being on the top of the world: a slice of a delicious cake in a typical mountain hut made my day even better. The only thing I didn’t like was going back home and the always-foggy plains.

The bike climb on the Lessini mountains, the Veronese “silent plateau”, was the one that I most loved: even if I cycled hundreds of times on this mountain, it was exciting cycling on its small roads surrounded by white snow: the typical stone-made houses covered by heavy snow, the rolling white mountains similar to big cakes covered with icing sugar, the silence and the hot chocolate made. And the bike, that makes everything better.