Along Adige river From Verona to Zevio, by the water 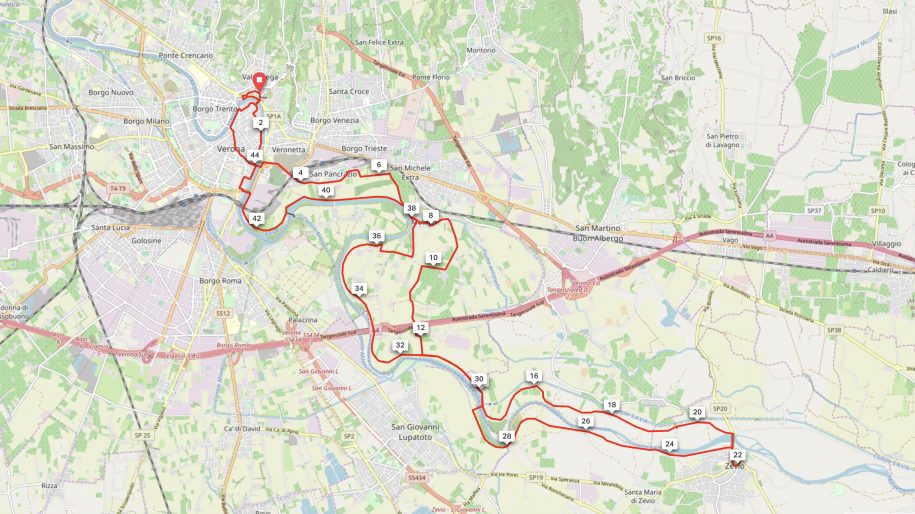 Easy and flat bike tour, in the green countryside South of Verona

The river Adige, that flows fast down from the Alps, passing among valleys surrounded by high mountains, finally reaches the flatlands by Verona, then it slows down and it arrives to the sea with large bights, right few kilometres south of Venice.
This route runs close to the river Adige, that first crosses the city of Verona and then its countryside, following small country roads and bike paths on the river banks.
After leaving the last neighbourhoods of Verona behind, the route gets deep into the calm countryside, among corn and asparagus fields and large orchards, with a nice view over the Prealps. Then it follows a easy and smooth asphalted bike path until Zevio, a small village where it’s possible to stop and relax under the shade of the park in front of the castle.
The road back follows a nice gravel road, always surrounded by the peace and tranquillity of the countryside.
46 km / Flat path
Tags: bike travel, cycling holidays
Comments are closed.