Long Trails: the Via Romea Along the path of pilgrims, by bike 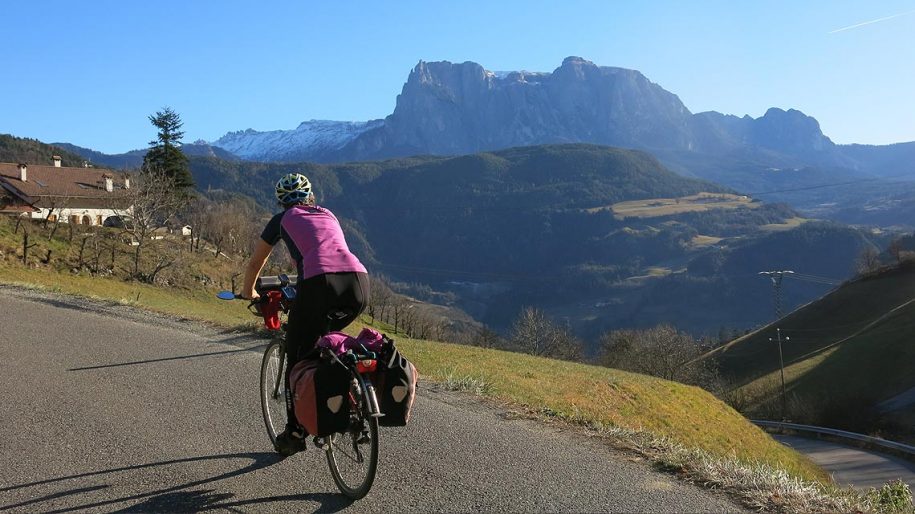 Adapting ancient itineraries to the needs of the two wheels lovers

I love biking long itineraries, that’s a way to know a territory, the landscapes and the histoy. I share this passion with my husband and we often pedal together.
In the last years we biked:

• along the Via Francigena, from Gran San Bernardo to Rome, along the official bike itinerary.

• a Coast to Coast from Conero to Argentario, following the beautiful itinerary designed by Simone Frignani with some changes.

The Via Francigena enters Italy from North-West and sticks on the Western side of the peninsula; the Via Romea comes from Germany, crosses Veneto and traverses Italy closer to the Eastern coast.

The Via Romea Germanica

Among the many Long Trails that pilgrims would travel to go to Rome and sometimes to Jerusalem, the most famous is probabily the Via Francigena. But Via Romea Germanica is also very important: it began at the North Sea, than continued to Germany, entered in Italy through Brenner, crossed the regions of Trentino Alto Adige, Veneto, Emilia Romagna, Tuscany and finally Lazio.

Since many years a determined group of volonteers founded the Associazione della Via Romea Germanica and is working to promote this beautiful itinerary, as walking path.

I started studing the Via Romea to design a biking path, prefering nice secondary roads to dirty trails, so to be able to pedal it with a full loaded bike. In the old times too, the itinerary would change according to seasons or transportation (by feet, by horse, by mule).