From Peschiera to Mantova Easy and safe route, along Mincio river 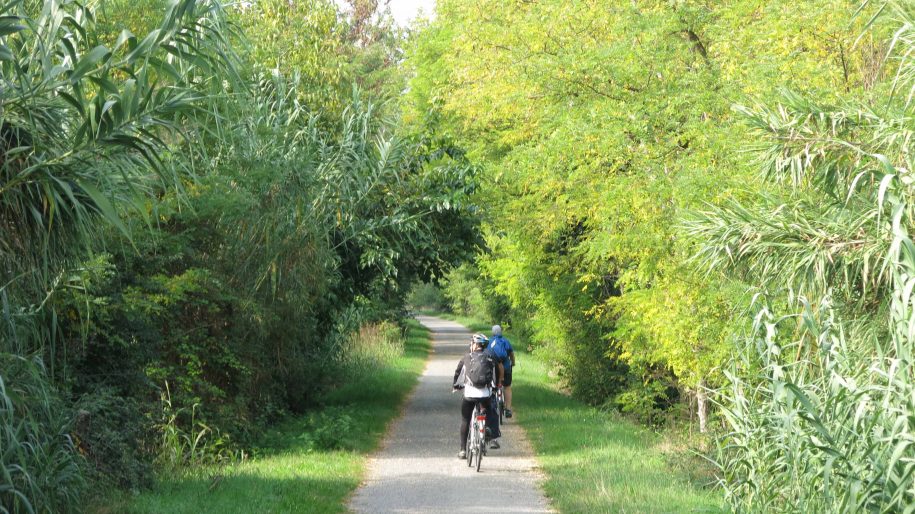 Posted by Elisa Zambelli on 25 November 2019 | Featured | No Comments

From Lake Garda to the elegant city of Mantua, all on bike path

Both cities are easily reachable by train from Verona, in a little time: Peschiera is just 15 minutes far from Verona, Mantova is 45 minutes far. We suggest to start the tour from Peschiera del Garda: it’s better to visit the village – Unesco Heritage Site – and the lake in the morning, when the tourist are not too many. The bike path starts just outside the great Venetian walls that surround the old town, and follows the river Mincio.

The bike path crosses a beautiful landscape made of green rolling hills, among which the river Mincio flows slowly. Many medieval villages were built close to its shores and from our route we can glimpse the tower of Monzambano and Valeggio sul Mincio castles. Borghetto sul Mincio, a little village featuring watermills and a medieval bridge, deserves a break in order to enjoy its charme and romantic atmosphere.

After Borghetto sul Mincio, the bike path leaves the hills behind and follows a canal that pass through the large crops of the Po Plains: the landscape is totally different, but still charming.

And finally, after 45 km, the city of Mantua. The city is surrounded by small lakes covered with waterlilies, on which the beautiful skyline of the city reflex, with the characteristic shape of the Palazzo Ducale, the castle and the Basilica di Sant’Adrea dom.

We suggest you to spend a few hours in Mantua before going back to Verona by train: the city is a Unesco Heritage Site and, besides beautiful monuments such as Palazzo Te, we suggest you to taste the typical food of Mantua!